When a current flows through the coil, an induced electromagnetic field will be formed in the coil, and the induced electromagnetic field will generate an induced current in the coil to resist the current passing through the coil. Therefore, we call the interaction between this current and the coil the electrical inductance, which is the inductance in the circuit. 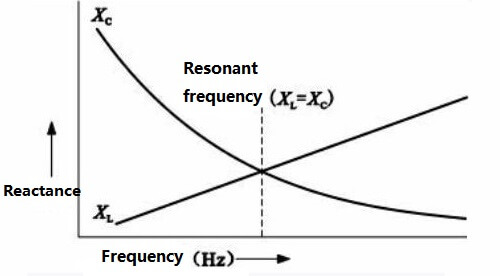 ② In a purely inductive circuit, the relationship between the alternating voltage (u) at both ends of the inductor and the self-induced electromotive force (εL) is u=-εL and εL =-Ldi/dt, so u=Ldi/dt. The sinusoidal alternating current changes periodically, and the self-induced electromotive force in the coil is constantly changing. When the current of sinusoidal alternating current is zero, the current rate of change is the largest, so the voltage is the largest. When the current is at the maximum, the current rate of change is the smallest, so the voltage is zero. It can be concluded that the voltage phase across the inductor leads the current phase by π/2.

In a purely inductive circuit, the frequency of current and voltage are the same. The impedance of an inductive component is the inductive reactance (XL=ωL=2πfL), which is proportional to both ω and L. When ω=0, XL =0, so the inductor plays the role of "passing DC and blocking AC" or "passing low frequency and blocking high frequency".

So how to get the value of R primary load? This value is derived from the quiescent current and the primary voltage:

The primary voltage is known, and the empirical value of the quiescent current (the current in the primary coil when the secondary is open) is:

Because the primary and secondary voltage ratios are known quantities, the full load value of the I primary can be known as long as the full load value of the I secondary is known. The voltage ratio between the primary and secondary voltages of the transformer I want to do is 1:1.2, and the I secondary full load is 200 mA. Then I primary full load = 240 mA, put this value into equation (4), you can find that I static is about 10 mA. V primary is a known quantity, where the primary voltage of my transformer is V primary = 5V. Substituting V primary = 5V and I static = 10 mA into equation (3), we get R primary load = 500 ohms. Substituting R primary load=500 ohms into equation (2), you can find:

Ⅳ Role of inductive reactance in the circuit

From the causes of inductive reactance, we know: the inductance coil has no hindrance to the DC current, that is, it "passes DC and blocks AC".

What is a Reed Relay?
What is a Fixed Inductor?