The printed circuit board has a history of more than 100 years. Its design is mainly layout design. The main advantage of using circuit boards is to greatly reduce wiring and assembly errors, and improve the level of automation and production labor rate. 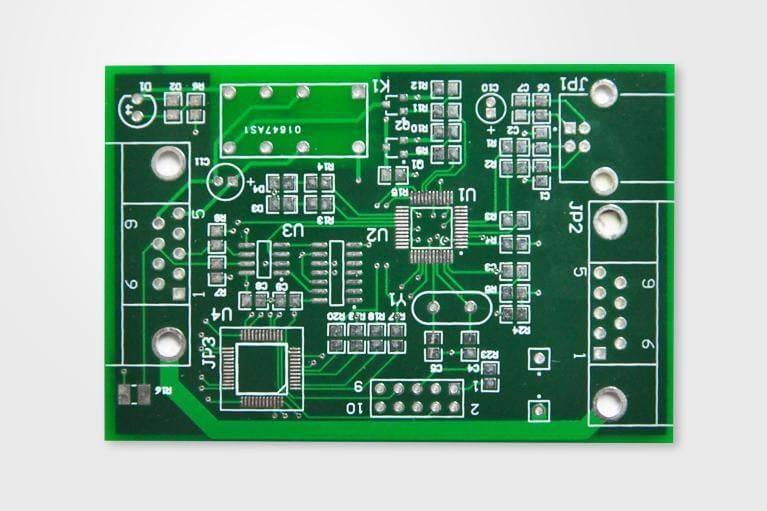 The bare board (no parts on it) is also often referred to as "Printed Wiring Board (PWB)". The base plate of the board itself is made of materials that are insulated and heat-insulated, and not easy to bend. The small circuit material that can be seen on the surface is copper foil. The copper foil was originally covered on the entire board, but part of it was etched away during the manufacturing process, and the remaining part became a network of small lines. These lines are called conductor patterns or wiring and are used to provide circuit connections for parts on the PCB.

Usually, the color of PCB is green or brown, which is the color of the solder mask. It is an insulating protective layer that can protect the copper wire, prevent short circuits caused by wave soldering, and save the amount of solder. A silkscreen is also printed on the solder mask. Usually, words and symbols (mostly white) are printed on this to mark the position of each part on the board. The screen printing surface is also called the legend surface.

When the final product is made, integrated circuits, transistors, diodes, passive components (such as resistors, capacitors, connectors, etc.), and various other electronic parts will be installed on it. Through the wire connection, the electronic signal connection can be formed and the application function can be formed.

At the beginning of the 20th century, in order to simplify the production of electronic equipment, reduce the wiring between electronic parts, and reduce production costs, people began to delve into the method of replacing wiring with printing. Over the past 30 years, engineers have repeatedly proposed to use metal conductors for wiring on insulated substrates. The most successful was in 1925, Charles Ducas of the United States printed circuit patterns on an insulating substrate, and then used electroplating to successfully establish conductors for wiring.

Until 1936, Austrian Paul Eisler published the foil technology in the United Kingdom. He used a printed circuit board in a radio device. In Japan, Miyamoto Kinosuke used the spray-attached wiring method "メタリコンMethod of Wiring (Patent No. 119384)" successfully applied for a patent. Among the two, Paul Eisler’s method is the most similar to today’s printed circuit boards. This type of method is called subtraction, which removes unnecessary metal. While Charles Ducas and Miyamoto Kinosuke’s method is to add only what is needed. The wiring is called the additive method. Even so, because the electronic components at that time generated a lot of heat, the substrates of the two were difficult to use together.

On the most basic PCB, the parts are on one side, and the wires are on the other side. Because the wires only appear on one side, this kind of PCB is called single-sided. Because single-sided boards have many strict restrictions on the design of the circuit, only early circuits use this type of board. (because there is only one side, the wiring cannot cross and must be around a separate path.)

This kind of circuit board has wiring on both sides, but to use wires on both sides, there must be a proper circuit connection between the two sides. The "bridge" between such circuits is called a via. A via is a small hole filled or coated with metal on the PCB, which can be connected with the wires on both sides. Because the area of the double-sided is twice as large as the single-sided, the double-sided solves the difficulty of the single-sided due to the interlacing of wiring (it can be passed to the other side through via holes), and it is more suitable for use in more complicated circuits than the single-sided.

In order to increase the area that can be wired, multi-layer boards use more single or double-sided wiring boards. Use one double-sided as the inner layer, two single-sided as the outer layer, or two double-sided as the inner layer and two single-sided as the outer layer of the printed circuit board. Through the positioning system and the insulating bonding material alternately together. The printed circuit board with the conductive pattern interconnected according to the design requirements becomes a four-layer or six-layer printed circuit board, also known as a multilayer printed circuit board. The number of layers of the board does not mean that there are several independent wiring layers. In special cases, empty layers are added to control the thickness of the board. Usually, the number of layers is even and includes the two outermost layers. Most motherboards have a 4 to 8 layer structure, but technically, it can be a PCB of nearly 100 layers in theory. Most large supercomputers use fairly multi-layered motherboards, but because these types of computers can already be replaced by clusters of many ordinary computers, super-multilayered boards have gradually ceased to be used. Because the various layers in the PCB are tightly integrated, it is generally not easy to see the actual number, but if you look closely at the motherboard, you can still see it.

The current circuit board mainly consists of the following:

Dielectric: It is used to maintain the insulation between the circuit and each layer, commonly known as the substrate.

Through hole / via: The through hole can make the lines of more than two levels connect to each other, the larger through hole is used as a part plug-in, and the non-through hole (nPTH) is usually used as a surface mount.

Solder resistant /Solder Mask: Not all copper surfaces need to be tin-on parts. The non-tin area will be printed with a layer of material (usually epoxy resin) that insulates the copper surface from eating tin. There is a short circuit between non-tinned lines. According to different processes, it is divided into green oil, red oil, and blue oil.

Legend /Marking/Silk screen: This is a non-essential composition. The main function is to mark the name and position frame of each part on the circuit board, which is convenient for maintenance and identification after assembly.

Surface Finish: Since the copper surface is easily oxidized in the general environment, it can not be tinned (poor soldering properties). It will be protected on the copper surface that needs to be tinned. The protection methods include HASL, ENIG, Immersion Silver, Immersion Tin, and Organic Solder Preservative (OSP). Each method has its advantages and disadvantages, which are collectively referred to as surface treatment.

What is a Switched Reluctance Motor?
What is a Ground Fault Circuit Interrupter?