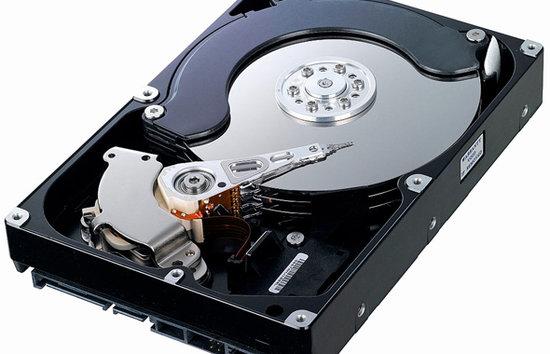 Rotational Speed or Spindle speed is the rotation speed of the motor spindle in the hard disk drive, which is the maximum number of revolutions that the hard disk platter can complete in one minute.

The average access time refers to the time required for the head to reach the target track position from the starting position and find the data sector to be read and written on the target track.

The waiting time of the hard disk drive, also known as the latency, refers to the time when the head is already in the track to be accessed and waiting for the sector to be accessed to rotate below the head. The average waiting time is half of the time required for the disc to rotate one round, and should generally be less than 4ms.

The hard disk drive is one of the most important storage in a computer. Most of the software needed for the computer to function properly is stored on the hard drive. Because the storage capacity of hard disks is large, it is different from memory and optical disk. Hard disk drives are storage devices based on hard rotating disks used on computers. It stores and retrieves digital data on a flat magnetic surface. 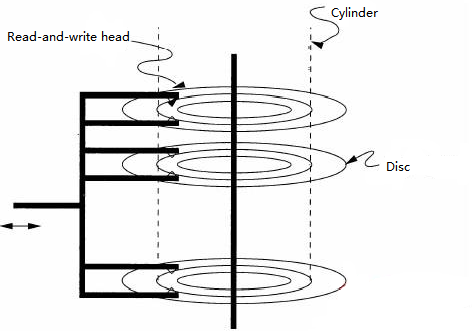 The read-and-write head is the most expensive part of the hard disk, and it is also the most important and critical part of the hard disk drive technology. The traditional magnetic head is an electromagnetic induction magnetic head that combines reading and writing. However, hard disk reading and writing are two completely different operations. For this reason, this two-in-one magnetic head must be designed with both reading and writing. These two characteristics result in the limitation of hard disk design. The MR magnetic heads, that is, magnetoresistive magnetic heads, use a separate head structure: the write head still uses the traditional magnetic induction head (MR head cannot write), and the read head uses a new type of MR head. The so-called inductive writing and magnetoresistive reading. In this way, during the design, the different characteristics of the two can be optimized separately to obtain the best read/write performance.

When the disk rotates, if the head is held in one position, each head will draw a circular track on the surface of the disk. These tracks are invisible to the naked eye at all, because they are only some magnetized areas on the disk surface magnetized in a special way, and the information on the disk is stored along such tracks. Adjacent tracks are not close to each other. This is because when the magnetization units are too close, the magnetism will affect each other, and it will also bring difficulties to the reading and writing of the magnetic head. A 1.44MB 3.5-inch floppy disk has 80 tracks on one side, and the track density on the hard disk is much greater than this value, usually, there are thousands of tracks on one side. 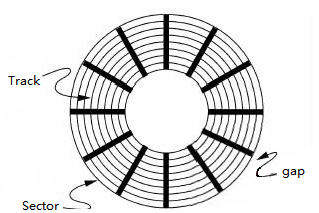 Each track on the disk is equally divided into several arc segments. These arc segments are the sectors of the disk. Each sector can store 512 bytes of information. The disk drive reads and writes data to the disk and the unit sectors. Each track of 1.44MB 3.5-inch floppy disk is divided into 18 sectors.

Ⅲ Things you need to know

1. Don't shut down the computer suddenly while working

When the hard disk starts to work, it is generally spinning at a high speed. If we suddenly turn off the power, it may cause violent friction between the head and the platters and damage the hard disk. Therefore, it is necessary to avoid a sudden shutdown. When shutting down, you must pay attention to whether the hard disk indicator on the panel is still flashing. Only after the indicator stops flashing and the hard disk read and write ends, you can turn off the computer's power switch.

Dust can cause great damage to the hard disk drive. This is because, in a severely dusty environment, the hard disk can easily attract dust particles in the air, causing them to accumulate on the internal circuit components of the hard disk for a long time, which will affect the heat of the electronic components.

3. Prevent the temperature from being too high or too low

Temperature also affects the life of the hard disk drive. A certain amount of heat is generated when the hard disk is working, and there is a heat dissipation problem during use. The temperature should be 20～25℃, too high or too low will cause the clock frequency of the crystal oscillator to change. Temperature can also cause the failure of hard disk circuit components, and magnetic media can also cause recording errors due to thermal expansion. In addition, try not to place the hard disk close to strong magnetic fields, such as speakers, motors, radios, mobile phones, etc., to avoid damage to the data recorded on the hard disk due to magnetization.

What is a Wireless Network Adapter?
What is Universal Serial Bus (USB)?