The VRAM (video RAM) is a component used to store graphics information to be processed. The picture we see on the display is composed of individual pixels, and each pixel uses 4-32 or even 64-bit data to control its brightness and color. These data must be saved through the VRAM, and then deployed by the display chip and CPU, and finally, the calculation results are converted into graphics and output to the display. The VRAM, like the motherboard memory, performs the storage function, but the object it stores is the information of each pixel output by the graphics card to the display. After the display chip processes the data, it saves the data to the VRAM, and then the RAMDAC (digital-to-analog converter) reads the data from the VRAM and converts the digital signal into an analog signal. Finally, it is displayed on the screen. 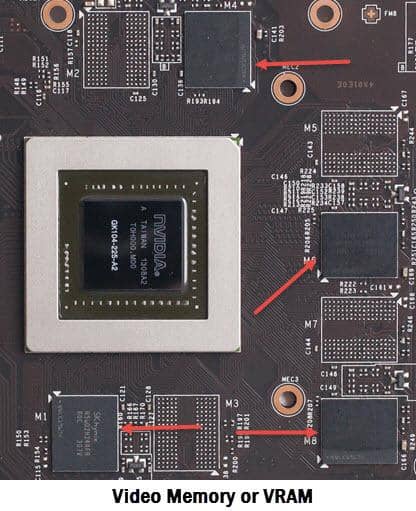 In advanced graphics accelerator cards, the VRAM is not only used to store graphics data but also used by the display chip to perform 3D function operations. In advanced display chips such as nVIDIA, a "GPU" (graphics processing unit) parallel to the CPU has been developed. Due to the role played by the graphics card, obviously, the speed and bandwidth of the graphics memory directly affect the overall speed of the graphics card. As a memory, VRAM has gone through multiple stages of development just like motherboard memory. It can even be said that the development of VRAM is more active than motherboard memory and has more varieties and types. The widely used VRAM types are SDRAM and SGRAM. DDR memory with better performance was first applied to graphics cards.

The graphics card is a BGA-packaged chipset on the motherboard, similar to the CPU (Central Processing Unit), called GPU (Graphics Processing Unit) in the industry. There are mainly two vendors, nVIDIA and AMD, on the market. The graphics chip is equivalent to the CPU of the graphics card, but its main task is to process display information. In the process of processing information, it will generate a large amount of temporary data (unprocessed, processing, processed), which requires a special place to store these temporary data, that is, VRAM. It may also be a chip or just a part of the chip, depending on the hardware design (dedicated graphics and integrated graphics). 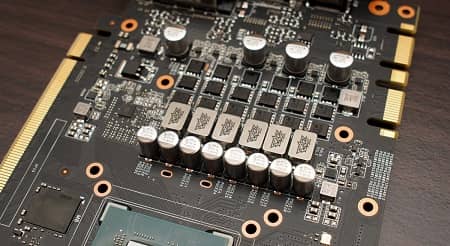 The data bits refer to the number of bits that can be transmitted in one clock cycle. It is an important factor in determining the VRAM bandwidth and is closely related to the performance of the graphics card. When the type of VRAM is the same and the operating frequency is the same, the larger the number of data bits, the higher its performance. The calculation method of the VRAM bandwidth is: operating frequency×data bandwidth/8. Taking the current GeForce3 graphics card as an example, its VRAM system bandwidth = 230MHz × 2 (because DDR VRAM is used, it is multiplied by 2) × 128/8=7.36GB.

VRAM package refers to the type of packaging technology used by the VRAM particles. The package is to wrap the VRAM chip to prevent the chip from contacting the outside world. Impurities and undesirable gases in the air, and even water vapor, will corrode the precision circuits on the chip, thereby causing the electrical performance to decline. Different packaging technologies have great differences in manufacturing processes and processes, and the performance of the memory chip itself after packaging also plays a vital role. VRAM package forms mainly include QFP, TSOP-II, MBGA, etc., among which TSOP-II and MBGA are more common. Many early SDRAM and DDR VRAM used TSOP-II, but now with the improvement of VRAM speed, more and more VRAM uses MBGA package, especially DDR2 and DDR3 VRAM, all use MBGA package. In addition, many manufacturers also refer to the DDR2 and DDR3 memory packages as FBGA, which emphasizes the naming of the pin arrangement, which is actually the same package form. Although MBGA and TSOP-II can achieve higher VRAM frequency, it cannot be simply assumed that MBGA packaged VRAM must be better overclocked, because whether it is easy to overclock or not depends more on the default frequency set by the manufacturer and the actual VRAM. The gap between the frequencies that can be reached includes the design and manufacture of the graphics card. Simply put, the MBGA package can achieve higher frequencies, but the default frequency is also higher.

What is UWB (Ultra-wideband)?
Bluetooth Explained: Characteristics and Applications