A camera lens, generally called lens for short, is a kind of optical lens. Its function is optical imaging. The lens is an important component in the machine vision system and has a key role in imaging quality. It has an impact on several of the most important indicators of imaging quality, including resolution, contrast, depth of field, and various aberrations.

For cameras, the quality of the lens has always been a key factor affecting the image quality, and digital cameras are of course no exception. The CCD resolution of digital cameras is limited, in principle, the requirements for the optical resolution of the lens are lower. Because the imaging area of digital cameras is small (because the digital camera is imaging on the CCD, the area of the CCD is relatively small. The film of a traditional 35mm camera is much smaller), the lens is required to ensure a certain imaging quality. For example, for a certain subject, 200 pixels are needed in the horizontal direction to perfectly reproduce its details. If the imaging width is 10mm, a lens with an optical resolution of 20 lines/mm can do the job. If the imaging width is 1mm, the optical resolution of the lens must be above 200 lines/mm. On the other hand, the traditional film is more sensitive to ultraviolet rays, and it is often necessary to install a UV lens for outdoor shooting, while CCDs are more sensitive to infrared rays. The addition of special coatings or additional filters to the lens will greatly improve the image quality. The physical aperture of the lens must also be considered, and regardless of its relative aperture, the larger the physical aperture, the greater the luminous flux, the better the digital camera's acceptance and control of light, and the better the image quality. 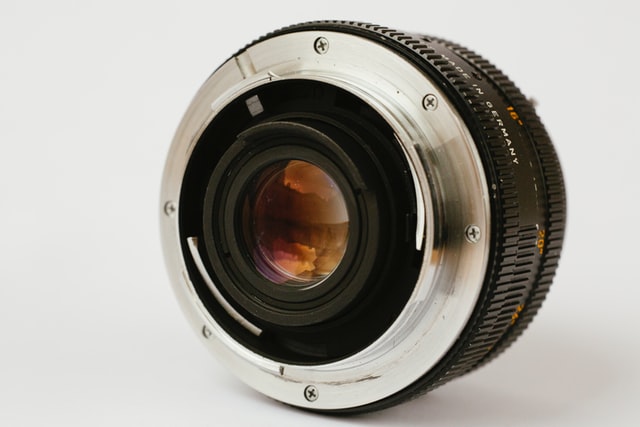 In photography creation, using a wide-angle lens to shoot can achieve the following effects: 1. It can increase the spatial depth of the photographic picture; 2. The depth of field is longer, which can ensure that the subject's front and back scenes are clear on the screen. Therefore, most modern pocket-sized automatic cameras use ordinary wide-angle lenses of 38-35 mm; 3. The lens covers a large area and the shooting range is wide; 4. It is the scenes shot at the same shooting distance and the image in the screen is smaller than that of a scene taken with a standard lens; 5. The defects of perspective distortion and image distortion are prone to appear in the screen. The shorter the focal length of the lens and the closer the shooting distance, the more obvious this defect is.

This lens has only one focus adjustment ring that can be adjusted manually, which can be rotated left and right. This ring can make the image imaged on the CCD target surface the clearest. It doesn’t have the aperture adjustment ring, so the aperture cannot be adjusted, and the luminous flux entering the lens cannot be changed by changing the lens factor, but can only be adjusted by changing the illuminance of the field of view. The structure is simple and the price is cheap.

Auto iris fixed focus lens adds a gear-driven micro-motor to the iris adjustment ring of the manual iris fixed-focus lens, and draw a 3 or 4-core shielded wire from the drive circuit, and connect it to the camera's automatic iris interface seat. When the luminous flux entering the lens changes, the charge generated by the CCD target surface of the camera changes accordingly, so that the video signal level changes. Then a control signal is generated, which is transmitted to the automatic iris lens so that the motor in the lens performs the corresponding correction. 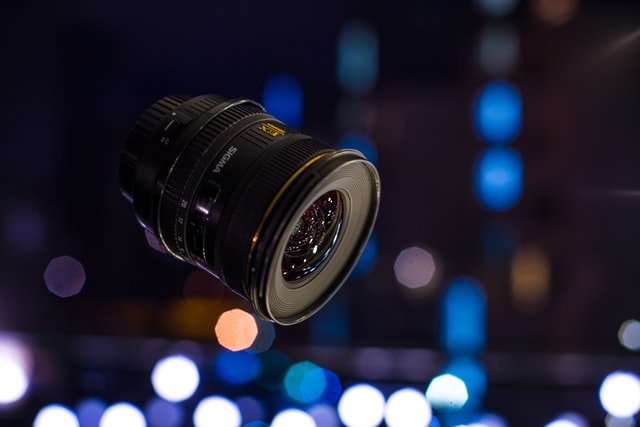 Compared with the automatic iris electric zoom lens, it only changes the control of the iris adjustment motor from automatic control to manual control by the controller.

The angle of view is above 90 degrees, which is suitable for shooting close-up and large-scale scenery and can deliberately exaggerate the foreground to show a strong sense of perspective. The typical wide-angle lens of a 35mm camera has a focal length of 28mm and an angle of view of 72 degrees. The 50 and 40mm lens of the 120 camera is equivalent to the 35 and 28mm lens of the 35mm camera.

It is another super-telescopic lens design that uses a reflective mirror to form an image, but due to the design, the aperture cannot be installed, and only the shutter can be used to adjust the exposure.

In addition to close-up macro photography, it can also be telephoto.

Flange focal length is the distance between the mounting flange and the convergent point of the incident lens parallel light. The flange focal length is 17.526mm or 0.690in. The lens can be used on line sensors with a length of 0.512in (13mm) or less. However, due to geometric distortion and market angle characteristics, it is necessary to identify whether short-focus lenses are suitable. For example, a lens with a focal length of 12.6mm should not use a linear array with a length greater than 6.5mm. If the flange focal length size is used to determine the distance from the lens to the array, the lens adapter should be increased when the magnification of the object side is less than 20 times. The adapter ring is added behind the lens to increase the distance from the lens to the image, assuming that the focus range of most lenses is 5-10%. The lens extension distance is the focal length/object side magnification.

With a 5 mm adapter ring, a C lens can be used on a CS-mount camera.

A variable focal length lens, the flange focal length is 47.526mm or 1.7913in, and the mounting rib is M42×1. It is mainly designed for 35mm photo applications, and can be used for any array less than 1.25in (38.1mm) in length. It is recommended not to use a short focal length lens.

There are special lenses such as a micro-magnification system. Pay special attention to the difference between CS and C. When connecting different types of cameras and different types of Lens, you must customize the adapter ring. The main parameters and evaluation of optical lens are focal length, field of view, object distance, aperture, shutter, and so on. The most complete evaluation of the lens is MTF (Modulation Transfer Function). However, due to aberrations (due to calibration), each range of the lens has an MTF value. These ranges refer to: (1) the paraxial part, (2) the off-axis part, and (3) the sub-parts of the above two parts in different directions when there is asymmetric distortion in the optical system. Each part has its own corresponding MTF value for different radiation energy wavelength ranges. MTF is the most commonly used and optimal index for evaluating imaging systems, and it is also the optimal index for guiding the integration of machine vision systems.

Depth of field: The moderately sharp focus around the subject plays a vital role in the appearance of the final image. In order to make full use of all the apertures provided on the lens, the camera can be fixed on a tripod to prevent camera shake.

Adjust the thread of the focusing ring, the lens extends from the camera. As the focusing ring rotates, you can find the focal length being adjusted by looking at the mark of the fixed reference symbol.

As the lens focuses on the subject, you can find the f/number corresponding to (or close to) the adjusted aperture on both sides of the fixed reference symbol, and identify the relative value under the focal length mark to determine the effective depth of field.

6.The role of the depth of field

Lens change: In the case of the same object distance and aperture, using different focal length lenses can change the depth of field. The shorter the focal length of the lens, the greater the maximum depth.