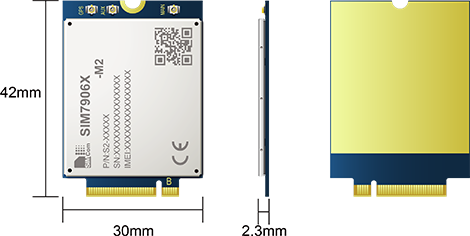 The SIM7906-M2 series adopts M.2 form factor. It is easy for customers to integrate.